Although understanding the response of ice sheets to a changing climate is a pressing issue of this century, our current knowledge of past ice-sheet changes remains limited by data sparsity. Sea-level variability provides direct insight into the history of ice volume fluctuations. Nevertheless, these local observations of sea level do not scale directly with ice volume variations. As ice sheets grow and decay over a glacial cycle, loads of ice, water, and sediment are redistributed over the Earth's surface. The redistribution of mass perturbs the Earth’s rotation axis and gravitational field through solid Earth deformation, producing a spatially variable pattern of sea-level change.

The history of past glacial cover is key to understanding the stability of ice sheets in today’s changing climate. Prior to the Last Glacial Maximum (26,000 years ago), during the glacial build-up phase, global ice volumes are particularly uncertain due to a sparsity of sea-level records. Indeed, evidence of past sea level has largely been destroyed or submerged by subsequent sea-level rise during the deglaciation. Furthermore, it is challenging to reconstruct individual ice sheets because an advancing ice sheet razes evidence of previous ice margins. Oxygen isotope ratios act as a proxy for global ice volume, though the required mapping between the two is uncertain at a level of tens of meters of global sea level, and these records have motivated the widely held view that ice ages are characterized by a slow glacial build-up phase followed by a rapid deglaciation. Recent research challenges the assumption of a slow glaciation phase. In particular, my work suggests global ice volumes more than tripled in the ~15,000 years leading into the Last Glacial Maximum, and North American ice growth may account for much of this rapid global sea-level fall. 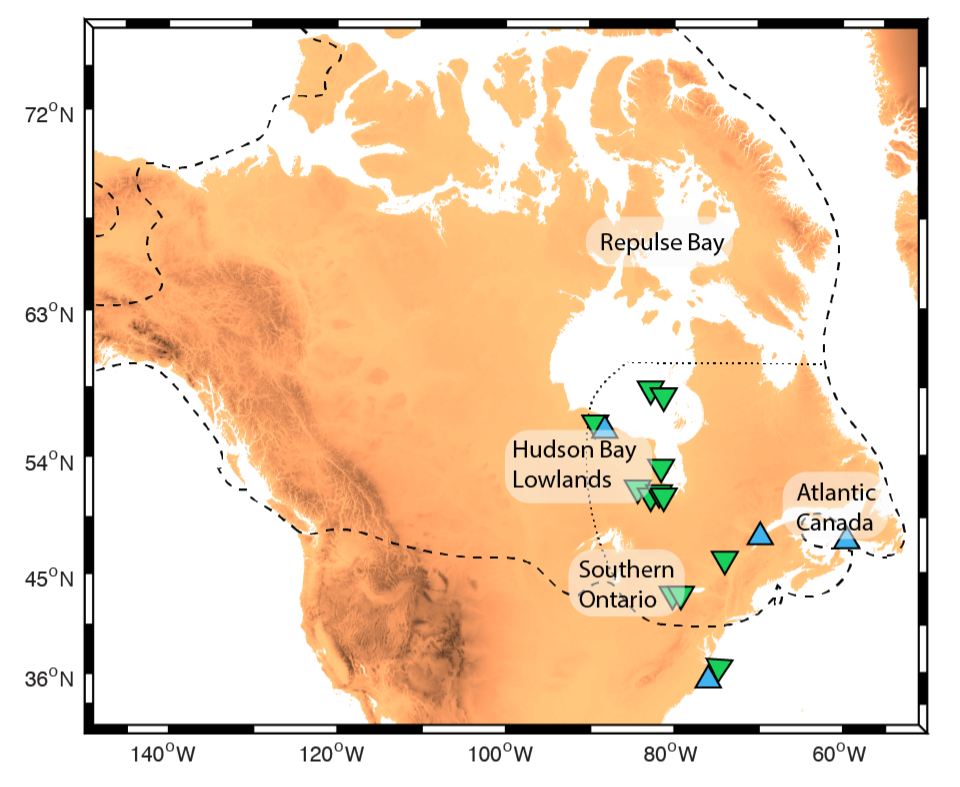 The Bering Strait was flooded 10,000 years before the Last Glacial Maximum

Over the last deglaciation, we understand global sea-level changes quite well, however, we know little about which ice sheets contributed meltwater at what times. The timing of the last separation between the major North American ice sheets is critical to paleoclimate studies as well as to arguments that an ice-free corridor served as a path for early human migration. I showed that evidence of the enigmatic history of Bering Strait flooding can be used to fingerprint melting of the ice saddle between the Laurentide and Cordilleran Ice Sheet. While previous studies have suggested that melting of the ice saddle contributed significantly to Meltwater Pulse 1a (an event characterized by a sea level rise of 15-20 m globally in less than 300 years), I found that a dominant portion of this ice melted at a later time, from 13,000-11,500 years ago. Melting of the ice saddle induces a regional sea-level fall at the Bering Strait, ~2000 km to the west, through a reduction of the gravitational attraction between the oceans and large continental ice sheets, which explains the observed two-phase flooding history of the strait. The timing of this initial connection is key to accurately reconstructing past climate variability as submergence of the Bering Strait strongly modulates ocean circulation. Moreover, the melting of the ice saddle routes large volumes of freshwater directly to the Arctic, providing a trigger for the widely debated source of the Younger Dryas global cooling event. 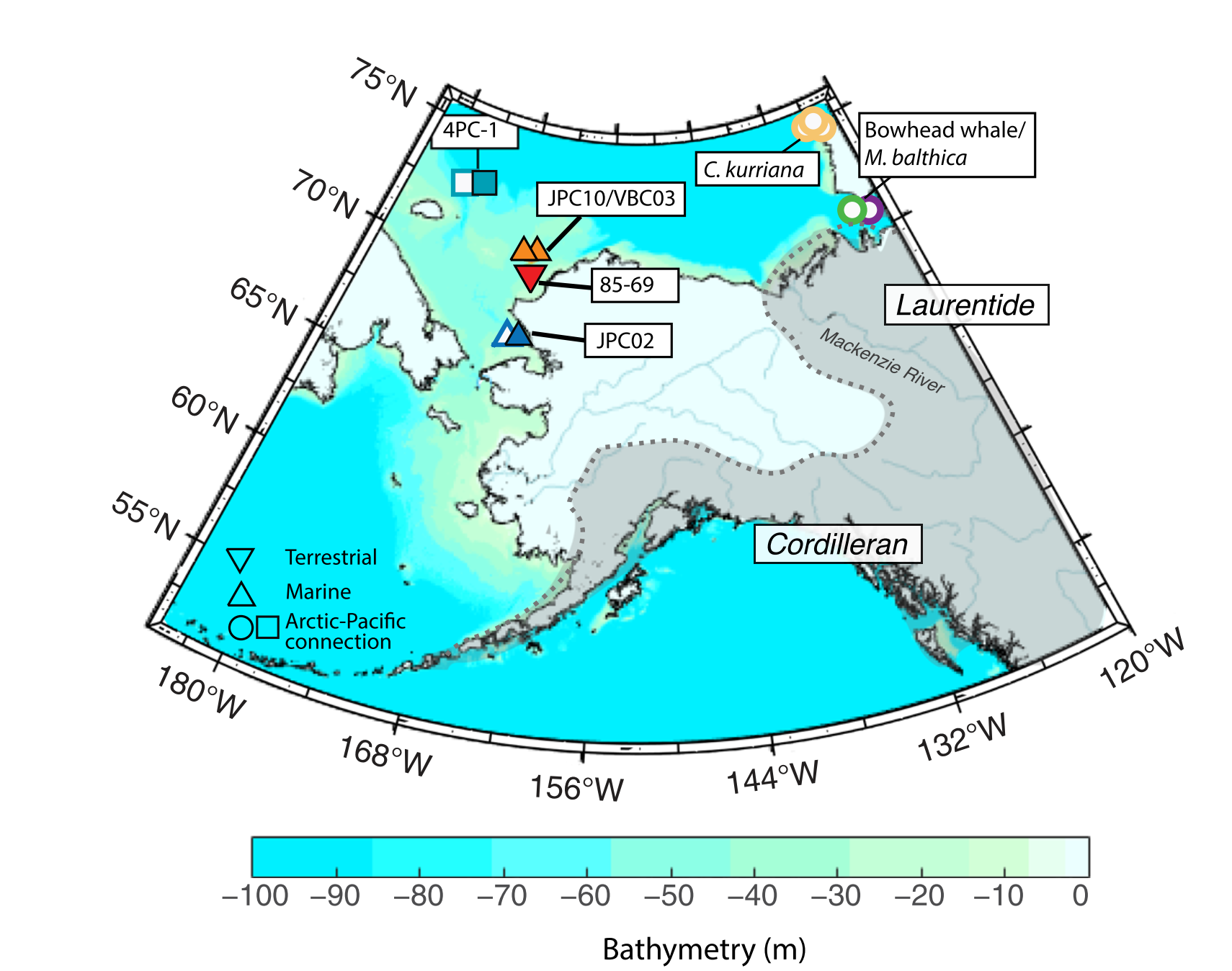 Over the ice-age, glacial isostatic adjustment produces rates of uplift comparable to some of the fastest tectonic uplift rates (~10 mm/yr) in regions hundreds of kilometers away from the maximum ice sheet extent. Long-term river evolution is thought to be controlled by external dynamics, such as regional tectonics, that shape the local topography crossed by the river. Yet on glacial timescales, rates of load-induced isostatic adjustment are comparable to fast tectonic uplift rates (~10 mm/yr), and thus reach a level sufficient to substantially influence river courses and drainage basins. My research has explored the extent to which rivers are influenced by the glacial isostatic adjustment process. Because rivers are sensitive to changes in slope, past landscapes can faithfully record surface deformation, thereby yielding insight into past ice loading. I exploit geologic records of ancient landscapes as a novel technique for inferring the history of glaciations by quantitatively connecting evidence of past river dynamics to numerical simulations of glacial isostatic adjustment. 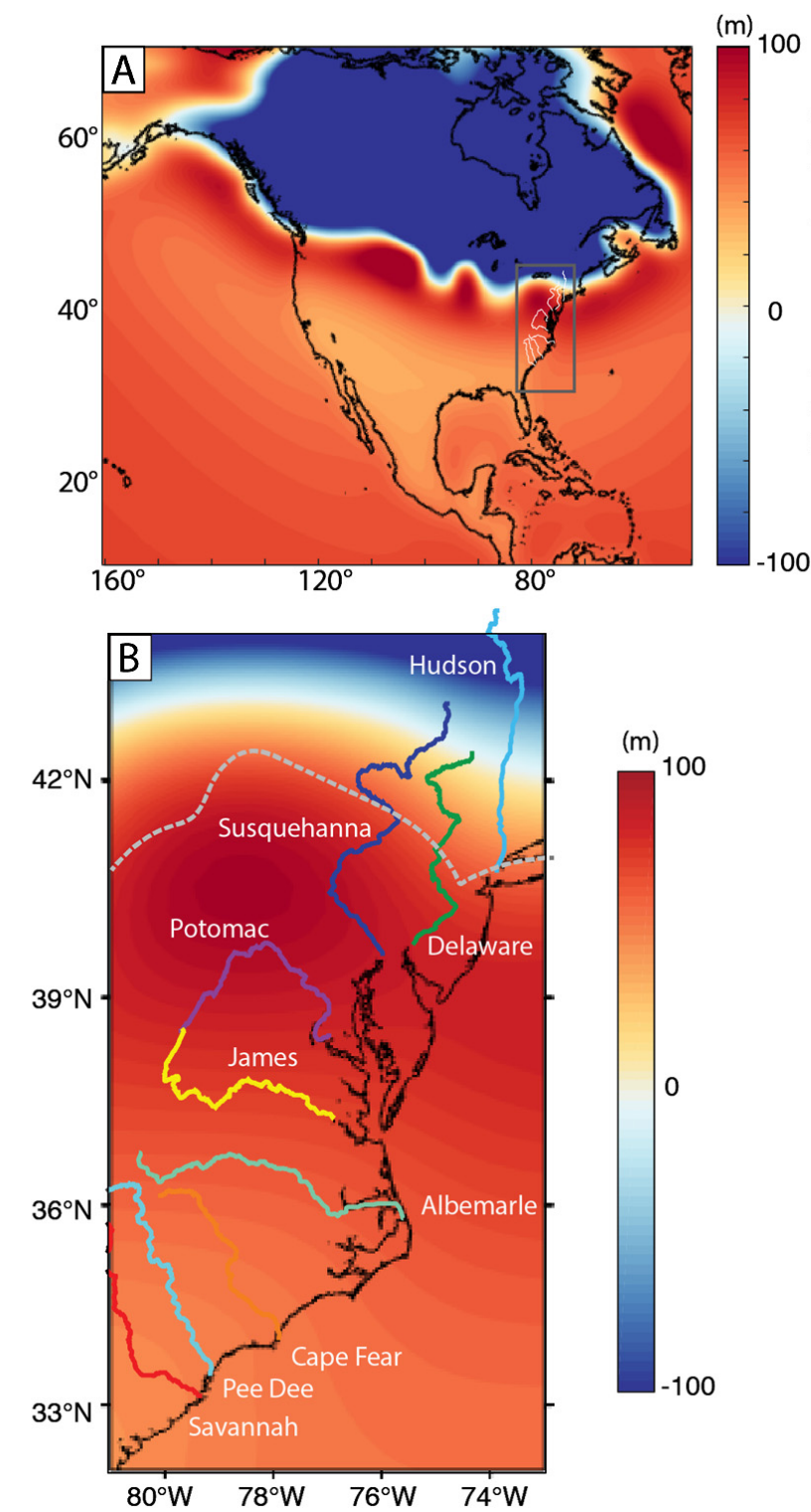 Influence of glacial isostatic adjustment on river evolution along the U.S. mid-Atlantic coast

I am interested in social issues within geoscience and the broader scientific community. In this stream of my research, I use quantitative and qualitative methods to document and analyze how social conventions and cultural practices affect the geosciences community. I am particularly interested in understanding how practices in 19th century early American geology continue to shape the culture and values in our field, and how these contribute to the marginalization of specific communities in geoscience today.

Imperialism in geology, past and present: One research question I ask is how modern fieldwork mimic 19th century practices in geology, rooted in imperialism and colonialism. Another future project, “Landscapes of Difference”, aims to explore the role of scientific racism in shaping geology as a discipline, exposing foundational American geologists’ involvement in studies of racial typology, which fueled the eugenics movement.


T. Pico, "Exclusion and Subjugation in the Earth Sciences: Performing the Origins of US Geology from the Classroom to the Field", (submitted, Catalyst: feminism, theory, technoscience)


Sexual language in geology: I am interested in cultures around harassment in modern geoscience fieldwork. Specifically, by analyzing the use of sexual metaphors in geology I am curious how “field speech” mirrors cultures of masculinity embedded in the discipline. I connect such language to 19th century geologic literature to unroot the origins of sexualized rhetoric. 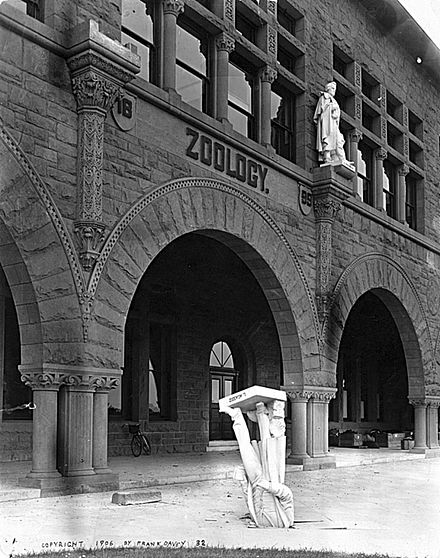